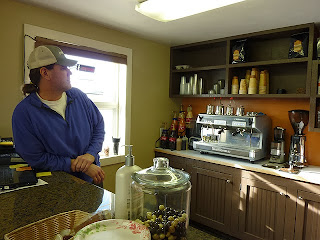 Today was the last day of business for Johnny's, a small coffeehouse in Big Timber.

Businesses come and go, but in a small town (Big Timber's population is just over 1,700) losing any business can create a large gap, not necessarily in terms of real estate but rather in the heart.

People who pass through, if they notice at all, will think it is just another empty building. Locals will think about the good times they had there behind those blank windows where the OPEN sign will never be turned on again.

The hot cups of coffee and tea, breakfast burritos and tacos for lunch, the backgammon games, the chance to meet with friends and neighbors or chat with Johnny . . . these are now memories.

But dreams take hard work -- and enough money -- and although Johnny put in his fair share, it turned out to be too much for one person.

Even with the hardest work, a broad customer base is also necessary. "There just aren't enough people [in Big Timber]. You need a bigger group of people to come in and drink the coffee," Johnny said.

But in fact, food was the biggest draw for customers.

"You can't do it just with coffee. I really wanted to do food that was fresh and healthy and homemade, handmade, instead of just taking something and putting it in a microwave. The flip side of that, though, is with me being the only person in here, it was a lot of work. Long, long hours in here."

Yet Johnny wasn't quite alone. There was that community he was striving to build.

"I'm one hundred percent an elementary school teacher. I've never gone into a restaurant, never cooked, never done coffee before, never owned a business before. So this was all basically starting at square number zero. But I would say, one of the beautiful things about being in Big Timber is there were people who would come in, and as I built up a rapport with people, I would start asking questions about business, especially the food side of things. And people were just really, really open and helpful."

For example, "when you're making a burrito, you need to know what your cost is, for everything. Onions, potatoes, meat, eggs. Beforehand, just cooking for myself, I would just kind of grab. The way I like to cook is go into the refrigerator and see what's there and throw something together. So that was the biggest piece of advice I got." 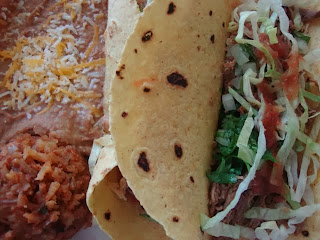 Johnny is both philosophical and practical about the closure.

"I just really like talking to people. That was hands down the best part of this job. I feel like I really poured myself into this place. So [closing] wasn't something I really wanted to do. But I just couldn't go on anymore, with barely breaking even every month."

Despite the closure of his business, Johnny has no regrets about having given it a try. He's looking forward to the future: Maybe go back to teaching elementary school, perhaps overseas. Do a little fishing.

We'll miss you, Johnny, but we wish you the best of luck. May the fish be always near and hungry. 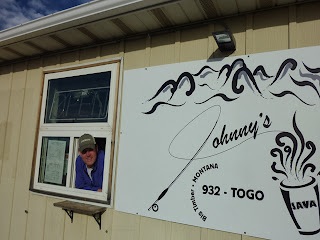 Find a complete list of Montana farmers markets at yummymontana.com.
We are blessed by being surrounded by so many good things right here in Montana. I get really excited seeing everything that is produced in Montana -- I hope you do, too.
In this blog, I describe my adventures as I search throughout Montana for the people who make food and the places where we can buy it.
During the summer of 2009 I traveled over 8,000 miles to visit every farmers market in Montana. What a trip! I plan on more market travels. Stay tuned.